I’ve had this reoccurring nightmare for longer than I can remember; it haunts me on a fairly regular basis leaving me in an utter state of hopelessness that extends beyond my 5:30am alarm. I’ve tried to determine its triggers, interpret its meaning, as well as have tried to rewrite the narrative and change the course in which this paralyzing dream takes.

I need it to have a different ending.

All my efforts have proven useless, turned up empty– and as I write these very words, the thought that I may be sabotaging my own efforts become apparent–because what happens when I finally face-off with this fear? The thought of starring it in the eye literally increases my heart rate and I can physically feel my throat closing in on me—suffocating me, just as in my dream.

My husband knows I have this dream though he’s never asked what it is. He simply states, “You were crying again in your sleep last night. Was it that dream again?”

It’s always that dream. No other dream causes me to wake up weeping uncontrollably or to squirm so much that I wake up nearly off my bed.

The part of the dream that haunts me most is not my inability to see, but the inability to speak. In my dream I scream, repeatedly scream with all that I am and yet– no sound escapes. The restriction of my vocal cords do not align with the deafening silence that I hear. I scream again, louder, harder, with more gut wrenching force and still no sound. Somehow, after a period of what feels like hours,  I am able to comprehend that my fear is restricting me, that I need to steady my breath, allow my vocal cords to settle to their normal state and then try again. And yet time is of the essence and attempting to calm this assembly of nerves is impossible; literally impossible. My breath is shallow; panting. I remain unheard.

This dream has been with me so long that I although I see it, acknowledge it, I don’t spend a significant amount of time dwelling over it anymore. It’s kind of like the enormous scar, extending from pinky to thumb, on the palm of my hand. The original injury cut through nerve and muscle and left me with a pretty gnarly scar that still, to this day, 30-plus years later, causes me to wince. I know it’s there so there is no need to really look at; still, every now and then I will over extend a finger and feel the tightness of skin. It doesn’t physically hurt, but I respond as if it does—it’s a protective measure, I think.

Today, this dream bulldozed its way into my daylight and left me in a crumpled heap on my cold laundry room floor. Cisterns of tears flood my cheeks and cause my nose to run at a pace that a nearby cleaning cloth could not keep in step with. My subconsciousness opens a window into my past of long ago, a place where I have purposefully left the draperies pulled closed for the second half of my life—not out of denial, but out of survival—a protective measure, I think.

I know what triggered this awakening and would caution anyone with a history of victimization to tread carefully here for I did not and found myself in a season of daze and fog.

My husband and I often read books aloud in the evenings. To be honest, combining my  unending quest for learning and the love of my life leaves me in an emotional high that not much else in all the world rivals. We read a variety of books—on culture, diversity, fiction, non-fiction—you name it. This week we began a book titled, “South of Forgiveness.” It was written a couple years ago by author, Thordis Elva, who has received much press and accolades for her book, her unmatched character, and her Ted Talk on her personal story of forgiveness after rape. The premise of the book is that years after her victimization, she reaches out to the man who raped her in hopes to work toward forgiveness. Against all odds, the man replies and after eight years of correspondence, they decide to meet and work through forgiveness face-to-face—which is so very different than words plunked out across a computer screen. The book is one we simply cannot put down. After all, who reaches out to their rapist? Who makes amends with their rapist? Who forgives their rapist face-to-face? It’s sensational, for lack of a better word.

I reached out to my first rapist in April, 2017, after my youngest daughter had confided in us that she had been victimized. It was not as noble as Thordis’ attempt for I was not seeking to forgive him, but merely exerting my  momma bear strength to fight a battle 17 years too late for myself but maybe right on time for my daughter—and all the daughters.

My daughter was recently raped and flashbacks to the barn, where you took advantage of me as a 17 year old came rushing back. I blacked out and you left me half dressed in the snow after you took my virginity. You denied my allegations making me look like a fool—and you may have fooled a lot of people, but we both know the truth. I was confused because of our connection to mutual friends, but you and I—we were never friends. You took advantage of me.

I don’t know how this sits with you all these years later or if you ever think about it and feel bad—or if you’ve been in denial so that you can move forward with your life. I don’t really care, but I do want you to know that sadly, you are part of my story—one where I have forgiven you—but need to keep forgiving you, not because you deserve it, but because the emotional turmoil you caused me keeps attempting to eat me alive. My emotions are again high because I am reliving it all with my daughter. I was not strong enough as a 17 year old girl to stand up for myself. I am now. I want no communication with you. I don’t care what you do with my words, but I desperately needed you to know that what you did has impacted my life—but what God has done with what you did is equipped me to emotionally support my daughter and fight for her the fight I was unable to.

The message has remained unanswered and honestly, I am grateful it has because the aftermath of that attack was harder to live through than the act itself. I did not have the emotional support—well, any support– of my childhood church, who had brought me before the elder board to relive each and every detail of my attack; down to what I was wearing and what I had been drinking (none of which ever discounts the forceful nature of a man). They questioned everything I said from every angle, pulled at lose threads and deemed– there on the spot—in front of me–that it would be in the best interest of my attacker that “we” keep this quiet and allow him to not only still attend our church, but also work with our youth. Seeing the look of horror on my face, they added that they’d make sure he was never alone with a child! “Oh thank God,” I wanted to say sarcastically, but my anger was too intense to say anything. I just sat there with my head hung—deflated, defeated, and cried.  They made this a “he said-she said” thing. They trivialized what I went through. They made me feel unheard, unimportant, unseen. I left without another word, without a hug, without a Kleenex.

I wish that I had never said a word.

The destruction left in the wake of that meeting has haunted me ever since. The response of cold shoulders, glaring eyes, or busy bodies of not just my peers, but of my community felt as if I was being victimized over and over again. And against my absolute better judgement, I have stepped into my parents’ church a few times since that day and have made eye contact with several of the elders as well as the then Pastor, who dismissed me like a fly on potato salad.

It continues until I can put voice behind my restricted vocal chords; confront my fears and learn—somehow, someway– to breathe through it.

A couple weeks ago, Dennis shook me awake from my dream asking me if I was OK. He said I had scared him because I was screaming and I had never screamed in my sleep in our 26 years together.

I screamed. I made a sound. I really did. I broke through the barrier that I’ve been fighting for 29 years, since my attack. I don’t know where the dream will take me next or if I will continue to have it, but what I do know is that I do have a voice.

I know why my screams weren’t heard in my dreams. I know why my vocal cords were restricted—and in many, many senses of the word– remain restricted. This blog has, unbeknownst to me, been a therapy tool in which I am relearning to use my voice—to remind myself that my voice does have value. This blog is my scream. It’s my scream for injustice, for the hurting, for the unheard, for the victims and marginalized.

Today, I change the narrative of my story!

I know many of you have been in a similar position; that many of you have screamed that same silent scream. You have needed someone to see you, hear you, and give you a gosh darn hug. I don’t have a solution, a cure, or even answers, but I “get it” and if you need to vent or cry or just be silent together, I am willing to be that girl for you. Seriously!

*The after story of the role of the church in my life since this experience has been a turbulent one to say the least. It is my plan to share about that journey next week and how in many, many ways the failing of the church caused me to strip away legalism and find the authentic Jesus—the Jesus I love with all my heart, the one who sees me and hears me even when words fail. 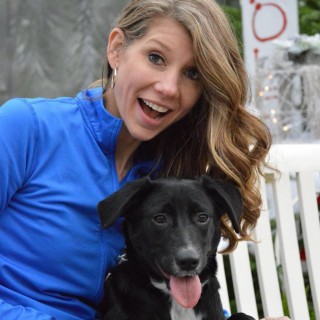